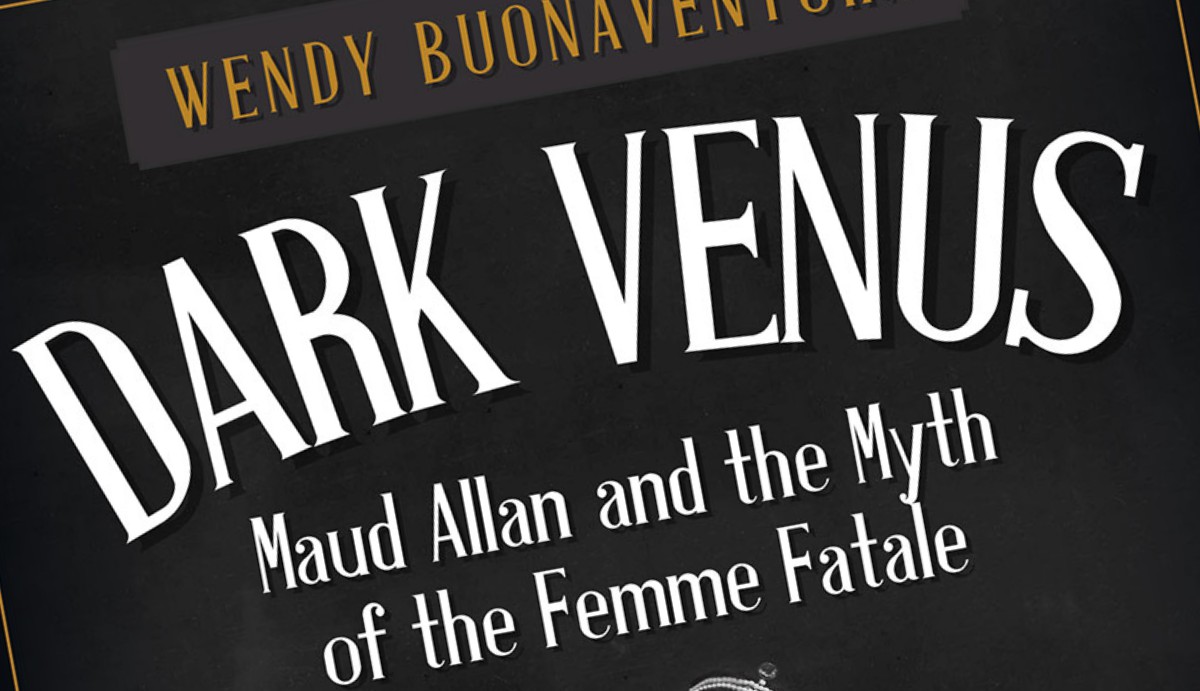 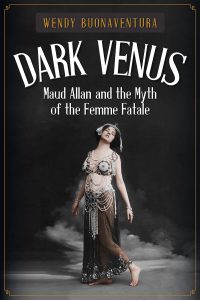 My new book DARK VENUS looks at the 19th and early 20th century myth of the femme fatale, and at the scandalous life of Maud Allan, the dancer who embodied the idea of the dangerous, irresistible woman. Myth, religion and history are packed with tales of alluring women who cast a spell over men and cause their ruin: from Helen of Troy to Delilah and Mata Hari. The belief that women are naturally dangerous, wild and rapacious was to be particularly popular amongst some men in the 19th century – and was widespread in Western culture, in the arts, in science and medicine.

One common idea was that all women are naturally a little bit ill mentally as well as physically, and so need to be kept in a passive condition. Paradoxically Victorian men praised their wives for having a delicate constitution, making illness a sign of refinement – and something of a cult. Even too much reading was thought to overtax the female brain; music endangered women’s already overwrought emotions and interfered with menstruation and fertility. The ‘illness’ of kleptomania – compulsive stealing – was another supposedly female vice which flourished in the new department stores, with all their irresistible material temptations. And as if shopping did not pose enough of a moral hazard, women were discouraged from cycling, on the grounds that riding on narrow saddles might stimulate orgasms. Worst of all was hysteria, whose symptoms included disagreeing with husbands and reading French novels while wearing a corset. Other entertaining symptoms were both aninterest in sex and lack of interest in sex. There was no escape then – all women, to tis way of thinking,were hysterics!

We see the tragic legacy of these strange beliefs today, internalised in so many womens’ hatred of their bodies, in eating disorders and in growing incidences of self-harm. We can also compare Victorian enfeeblement of women with today’s acceptance by many women that every stage of their lives be medicalised, from puberty to pregnancy and the menopause. Fashion is as bad. Compare the way women have embraced the wearing of gravity-defying spike heeled shoes – which, as one woman has described it, is like ‘walking on razor blades’ – with the wearing of Victorian corsets that displaced the inner organs and caused other serious health problems.

The rationale behind the creation of Victorian corsets was that women’s spines are so badly designed, they need artificial support. At the same time, it was thought that, controlling women physically through their dress served also to control their behaviour and their minds. And control, as we know, is a vital part of misogyny the world over. Control of women through dress is a vital and effective first step in diminishing the scope of women’s lives. And what lies behind this massive effort at controlling women? Male fear that women are dangerous for their very desirability, and that that if men are not protected from this danger, the result will be social chaos. It was only just over a hundred years ago that Western women were covered from head to foot, denied an education and a place in public life, kept indoors, no longer to bother men with their seductive presence. Debates continue now with the arguments in western countries – and amongst liberal and feminist Muslims – over the wearing of the niqab and the burka – which cover the face and effectively obliterate a woman’s very identity.

Women continue to collude with an agenda which is not their own; which hampers them from leading full lives. In the same way, women agree to wear crippling shoes and undergo cosmetic procedures that comply with other peoples’ agenda on how they should look.

In an article for the Independent newspaper in 2015 Yasmin Alibhai-Brown wrote: ‘In the dark web of the female psyche lie the desires for pain, self-destruction and annihilation’. It is nearer the mark to say that centuries of assumptions about women’s dangerous nature, deficient minds and naturally sick bodies continue to poison women’s ideas about themselves; nearer the mark to say that women have internalised male fear of female power, via the myth of the femme fatale, and turned it on themselves. Whatever the case, belief in the dangerous power of woman the temptress continues to linger on in cultural life the world over.

DARK VENUS looks at some bizarre and laughable ideas about women from the past two centuries, and at Maud Allan’s life, lived in bold defiance during a crucial period in the history of feminism.

Please feel free to contact me if you would like to discuss this article or my work.